Mike Lassiter (Gabriel Basso) did NOT kill his father.

His defense attorney Richard Ramsey (Keanu Reeves), who was having an affair with Mike’s mother Loretta (Renee Zellweger), committed the murder. He conspired with Loretta after Boone Lassiter (Jim Belushi) told him his wife was having an affair and was unwilling to divorce her, threatening that she “wouldn’t live without him.”

Loretta and Ramsey then created a narrative to make it look like a self defense crime. However, Mike coming home early, and his willingness to frame himself to protect his mother, led to his arrest. That explains why Loretta and Ramsey were so adamant on getting Mike freed; they knew, better than anyone, that he was innocent. 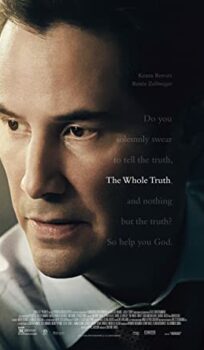