The Wind that Shakes the Barley(2006)

Under threat of all out war, the Irish sign a treaty with England that grants a large measure of freedom, but not independence: the government and people still owe allegiance to the English crown.

The more socialist IRA continue their insurgency and terrorist campaign, but now against the Free State Irish army. Damien (Cillian Murphy) and his mentor Dan stay with the IRA, while Teddy (Damien’s brother) sides with the Free State. Dan dies and Damien is captured during a raid on Free State barracks and, after refusing to turn in his comrades, Damien is executed under order of his brother.

His brother brings his last letter to Sinead, Damien’s lover, and once she receives them, she tells Teddy she never wants to see him again. Exactly like the mother of the Irishman Damien murdered earlier in the film (for caving under coercion) said to Damien. 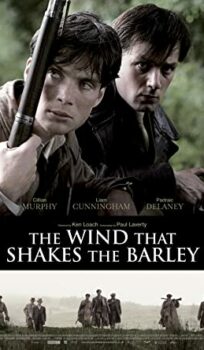