Short summary:
The bus driver is a servant to the demonic miller.  All the passengers die.

Longer version:
Jennifer is working as a nanny in Amsterdam under a fake name.  When her employer discovers she is using a fake identity, she has to run from the police.  To escape, she boards a tour bus going to historic windmills.  The bus breaks down in the middle of nowhere.  Each passenger on the bus has a secret sin for which they have been chosen to be killed:

The demon/miller kills all the passengers except Jennifer and Curt.  They think that if they burn down the mill, he will be defeated.  Jennifer pours gasoline, but is captured by the miller.  The young boy, Curt, lights the fire, igniting the mill.  The miller disappears.  The bus driver reveals that he serves the demonic miller, bringing the souls to him.  The driver is about to kill Curt, when Jennifer stabs him in the neck.  Jennifer and Curt watch the mill burn down.  However, the miller reappears, informing Jennifer that she can never escape from her fate.  The miller kills her.

The next day, we see the same bus driver loading passenger in Amsterdam.  He tells a late arrival “There’s always room for one more sinner.” 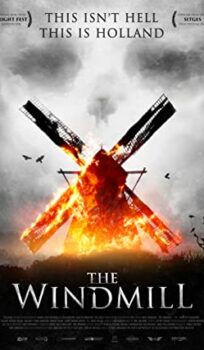