Mary (Meg Ryan) decides to design her own fashion line, using Catherine (Candice Bergen) as a backer. Sylvie (Annette Bening) quits her job over the guilt of betraying Mary. The two eventually speak, where they initially get into an argument, but eventually see each other’s side of the story and forgive each other. Mary and Sylvie stage a conversation in front of Tanya (Debi Mazer) to make it seem Mary and Stephen are having an affair, and hope that Tany tells Crystal (Eva Mendes), which she does.

At the opening of Mary’s line, she receives flowers and a card from Stephen asking for another chance. Her clothes are a huge success. At the after-party, Edie’s (Debra Messing) water breaks, and she, Mary, Sylvie, and Alex (Jada Pinkett Smith) leave for the hospital.

While in the waiting room, Sylvie tells Mary that she’s met someone, and she’s finally ready for a relationship. After being called back to the delivery room to support her, Mary is told by Edie that she cheated on her husband once, and that’s why she understands Stephen’s side of the story. After more of Edie encouragement, Mary decides to give him another chance. Soon after Edie gives birth to a boy.

Later, Sylvie launches her own magazine, Alex finally finishes her novel, and Crystal is in the gossip tabloids again after she’s caught in a lesbian relationship. 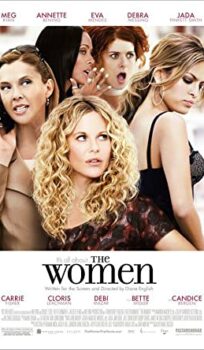