Mike (Omar Epps) and Slim (Richard T. Jones) are able to help Roland (Taye Diggs) understand that he loves Lisa (LisaRaye McCoy) and should not back out of this marriage out of some fear of what he might lose, and they all head back to Roland’s parents’ house for the wedding. Upon their return, they immediately get chewed out by their mothers, both for being gone for so long and for earlier giving them a bogus excuse about Slim having car trouble. Slim’s mother then forces Mike upstairs to the bedroom Lisa is using to get ready so he can explain to her why they are late.

Mike finds Lisa stressed out and considering calling the whole wedding off, and after getting her attention, Lisa yells at him for the excuse he made and tells him to tell Roland that he could’ve at least faced her like a man. Mike tells her that he will go and get Roland so they can talk things over, but she refuses because it is bad luck for the groom to see the bride before the wedding, and she tells Mike that she wants to marry Roland but won’t do it if he is having doubts. Lisa’s father then gets her attention through the door, and he has Roland in his grasp and Slim, his mother, and Roland’s mother standing behind them, and Roland apologizes to Lisa and tells her that he loves her and wants to marry her. Mike goes out to see Roland and informs him that Lisa doesn’t want to see him for the aforementioned reason, so Roland hands him a piece of paper and tells him to pass it on to her. Mike goes back in, but this time Slim accompanies him so he can vouch for Roland as well.

Mike tells Lisa that Roland truly does want to tie the knot with her; he just got scared about it for a little while. He then tells her that he has never seen Roland look at anyone the way he looks at her and has never seen him talk about anyone the way he talks about her, then he hands her the piece of paper, which turns out to be a ticket to the concert where she and Roland first met. This convinces her that Roland does want to be her husband, and she hugs Mike and Slim and tells them she is glad that Roland has them for friends. The duo then exits the room and inform Roland and everyone else standing out there that the marriage is on. When Mike heads back downstairs, he discovers his old high school girlfriend Alicia (Sanaa Lathan) – who was his first love and whom he has reminisced about throughout the film – is in attendance.

Roland and Lisa get married, and at the reception, Mike has a very pleasant dance with Alicia, though their past feelings for each other are still with them. When Mike makes his toast as best man, he expresses his pride in Roland and tells both him and Slim that he will never forget all of the good times they had and is looking forward to the good times yet to come, and that they are his brothers and he loves them. He then finishes his speech by toasting to the Wood (Inglewood), where their friendship all started. 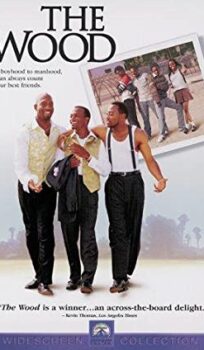