Walter (Kevin Bacon) tries to make a move on Robin (Hannah Pilkes) -the young girl who liked to watch the birds- by asking her to sit on his lap; but then, he finds himself shaken to the bone when Robin tearfully confesses her dad made her sit on his lap -a clear indicative that her father was making sexual advances on her-, yet she was willing to do so for Walter, probably as a way to find acceptance and some company. He feels disgusted with himself about his intentions, and instead asks her to go home.

On his way back to his appartment, he spots “Candy” (Kevin Rice), letting the blond boy out of the back of his car, probably back from raping him. This sets him on fire and makes him jump on the guy and give him a good beat. However, he restrains himself from beating him to death; instead, he goes to Vicki (Kyra Sedgwick).

The next morning, Sgt. Lucas (Mos Def) stops once more by Walter’s place to let him know that the Police are aware of the beat he gave to “Candy”, and that the guy might not dare to press charges against Walter, because he himself happens to be a convicted pedophile, wanted in Virginia for a sex crime against another boy -it’s like an indirect “congratulations upon doing the right thing”-; he also notices the place full of packed boxes. Walter is moving in with Vicki, which indicates he might be already giving some sense and direction to his life.

A final sequence shows the encounter between Walter and his estranged sister Annette; her husband Carlos (Benjamin Bratt) convinced her of it, yet she is still too hurt and enraged with him and just walks off. And, in voiceover-like fashion, Walter and his therapist Rosen (Michael Shannon) talk, and Walter says he understands it’ll take time for his sister to accept him again, and he feels OK about it. 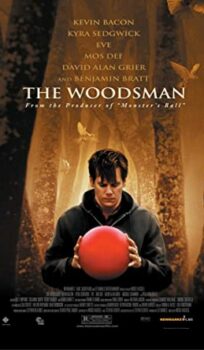