The Year of Living Dangerously(1982)

Upon the death of the young son of his good friend Ibu (Norma Uatuhan), and outraged about the political situation, Billy (Linda Hunt) goes to the Western Hotel and hangs a banner against President Sukarno from a room’s window. Unfortunately, some security men see this and toss him off the window, witnessed by Jill (Sigourney Weaver) and Guy (Mel Gibson), who were at the hotel in that moment.  Guy comes to comfort him, but he dies in his arms anyway.

Still driven by the desire of getting that big story, Guy goes to the Presidential Palace, which has been occupied by Muslim military, but is attacked by an officer, receiving a brutal blow on his left eye; he is then deterred and asks driver Hortono (Domingo Landicho) to take him to Billy’s place.

While lying there, blindfolded and under risk of losing his eye to retinal detachment, he recalls the passage “all is clouded by desire” that Billy previously told him about.  Then, Kumar (Bembol Roco) comes to see him and tells him the coup attempt failed, and the Army has taken over.  Guy, then, pleads him to drive him to the airport.

After a chaotic drive with military men overflowing the streets and executing people, Guy reaches the airport where many others are seen desperately trying to be confirmed to board a plane out of the country.  He manages to get to the gate, but is then stopped by an inspector, who checks his bag with the recorder and the reports’ tapes.  As he sees how it is all torn apart, he flees and catches the plane, just as it is about to leave.  Jill is seen at the door, where they reunite and embrace. 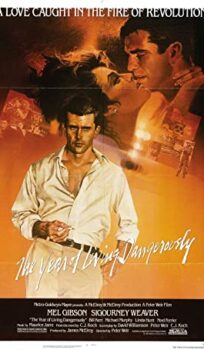