The movie charts Victoria’s (Emily Blunt) life from a year or so before she became queen; her parents are desperate to force her to sign an order of regency, appointing a regent in her place until she is 25. Their hope is to control the regent and so the crown.

The plan fails and Victoria takes the throne, all the while conversing with Albert (Rupert Friend) via letter after their one or two meetings. As Queen her meddling in politics brings down the government, causing considerable public unrest and demonstrations against her. However, her marriage to Albert and subsequent pregnancy brings the public back around to her side.

She narrowly escapes an assassination attempt on her life when Albert throws himself in front of the bullet, being hit in the arm.

The movie ends a year or two after she assumes the throne with a series of captions detailing what followed; Victoria and Albert had nine children, who went on to become part of the royal families across half of Europe. Albert died of typhoid at 42, whilst Victoria went on to live to 81; the longest raining British monarch. “So far” (Elizabeth II has seven years to go to beat the record.) 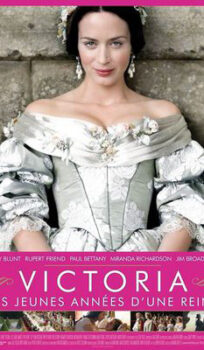