As young boys, Manolo and Josemaria were friends.  However, Manolo’s father forces them to break off because he Josemaria’s family was poor, and Manolo’s is very rich.  Josemaria enters the seminary and becomes a priest.  Josemaria tries to reach out to Manolo, but Manolo rejects him.  Josemaria says that someday Manolo will need him, and promises to come.  Manolo is recruited by Franco’s troops to serve as a spy in the communist army.  Manolo falls in love with a female soldier named Ildiko.  However, Ildiko looks down on Manolo and she loves their commander, Oriol.  Oriol knows there is a spy, because every move they make, the enemies are ready and waiting for them.  Furious at his rejection, Manolo plants his transmitter in Ildiko’s bag and has her exposed as the spy.  Oriol had sworn to shoot the spy himself, but can not bring himself to shoot the woman he loved.  Oriol kills himself instead.  Manolo helps Ildiko escape.

Manolo thinks that with Oriol dead, Ildiko will now come to him.  However, Ildiko is pregnant with Oriol’s baby.  Ildiko gives birth and leaves the baby to go back to fight in the war.  Manolo and her are fighting together again.  Manolo shoots and kills Ildiko.

After the war, Manolo feels guilty.  Since Manolo was responsible for the death of both parents he feels he must raise the child.  Thus, Robert is not really Manolo’s son, but is the son of the woman who rejected him and a man he hated.  That is why Manolo was always so cold and distant.

As Manolo is dying in the hospital, he is visited by the spirit of Josemaria.  Manolo asks for forgiveness for all he has done. 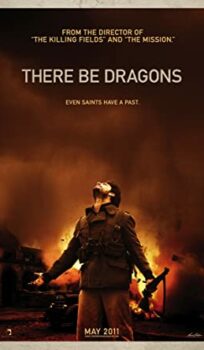