There Was a Crooked Man

Warden Le Goff (Martin Gabel) is killed in a riot. His reform-minded replacement, Woodward Lopeman (Henry Fonda) changes the construction of Le Goff’s’s lavish new living quarters into a dining hall for the prisoners. When Pittman (Kirk Douglas) volunteers to give a ‘pep talk’-type speech at the hall’s grand opening, he instead starts a food fight, which leads to a brawl, and provides enough cover for Pittman and company to escape. Pittman double- and triple-crosses his cellmates in the escape, and ends up being the only one to make it out. He goes to the hole where he had previously hidden the stolen $500,000, shoots all the rattlers he sees in the pit, and pulls out the cash. Unhappily for him, there was another snake inside one of the bags, and it strikes and bites him on the neck. Lopeman, hot on his trail (and with all thoughts of reform and rehabilitation erased from his character), arrives after Pittman has died. Lopeman lashes Pittman to his horse and heads back to the prison. He gets to just outside of the gate, reads his own name on the Warden’s office door, and sends Pittman’s horse scampering into the prison with the corpse. Lopeman is next seen, clean-shaven, money bags on his saddle and about to cross the border to Mexico, where, as an epigraph states, “he lived happily ever after.” 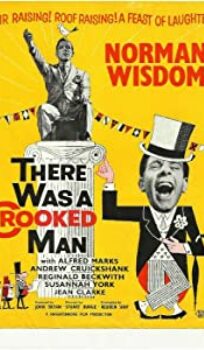