H.W. marries the Sunday’s little girl and they decide to move to Mexico.

Upon hearing that his son would be starting his own oil business in Mexico, Daniel (Daniel Day-Lewis) becomes vicious. He tells his son that he was a bastard that he found in a basket (which was true) and that there was no part of him in his son. His son leaves by saying “I’m glad there is no part of you in me.”

Daniel gets drunk and passes out on his bowling alley. Eli (Paul Dano) comes to see Daniel and wakes him up after much effort. Daniel begins speaking with Eli and is asked about a possible business deal. Daniel makes Eli agree that before he will do the deal Eli must admit that he is a false prophet and that God is a superstition. Eli agrees and does so because he was a false prophet. He was only in it because it gave him prestige in the village and business leverage. Eli was an extremely bad character because of the way he treated his family with his leverage as a healer and the way he treated Daniel; humiliating him in front of his congregation.

After this, Daniel becomes enraged over a comment Eli makes. He chases him around the bowling alley, throwing pins at him. Daniel hits Eli with a pin, knocking him down. He then strikes Eli’s head twice with the pin, crushing it. Daniel lies in the pool of blood as his butler walks in. Daniel’s final words are “I’m finished!” 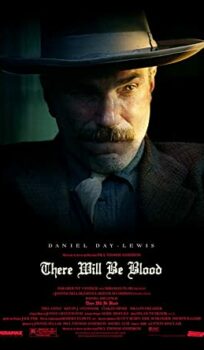