A contract killer, Phillip Raven (Alan Ladd) kills a blackmailer, only to be paid in marked bills by his contact, William Gates (Laird Cregar). Realizing he has been set up, he heads to Los Angeles looking for Gates and his boss.

At the same time, a singer, Ellen Graham (Veronica Lake) is tasked by Senator Burnett (Roger Imhof) to go undercover in Gates’ club as they think Gates, who also works for Nitro Chemical Corporation, is doing treasonous actions.

Ellen and Raven crosses paths and even form a sort of partnership, especially after Raven saves her life from being killed by one of Gates’ thugs. Ellen realizes that the letter Raven was sent to recover is a formula for poison gas that Nitro must be selling to their enemies, and begs him to get a confession from those responsible instead of killing them. Raven tells her of his abusive past and how it shaped his future as a killer.

Ellen helps Raven to escape to confront Gates at Nitro, but despite his promise for no more violence, kills a cop in a process. He goes to Nitro and forces his way into the CEO’s office, and gets him to write a confession about selling weapons to the Japanese. The CEO Alvin Brewster (Tully Marshall) tries to kill Raven with a pen gun but fails and has a fatal heart attack. Raven then kills Gates for trying to kill Ellen. Raven is shot by Ellen’s boyfriend Michael (Robert Preston) and further shot fatally by other policemen. After being assured by Ellen she didn’t turn him in and they got the confession, Raven dies. 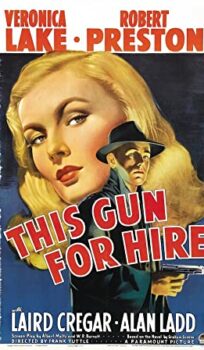