Holden comes across Carla’s (Kristin Minter) pictures on his desk of Rachel (Megan Ward) & Travis having come home earlier one night to a deserted house. His attention distracted, he sees too late Carla emerging from the darkness of the far side of his study. Wearing nothing but a pair of gloves, she bounds his skull in with a polished ivory tusk souvenir.

Having washed off the blood, guts & brain matter off herself, she gets in touch with Rachel. Once she’s left, Travis shows up looking for Rachel and stumbles across the murder scene. He cleans up the mess, covers up Holden and dumps him by the roadside. He leaves just as both murderess come back to check on the scene, shocked to see no evidence and to find Holden’s adult daughter, Annie has suddenly come back (she missed her flight and has decided to stay the night at her dad’s home).

While the pair of femme fatales head off to learn the location of Holden and ensure no evidence points to them, a distraught Annie calls her Dad’s ex-cop PI, Clay (John Ratzenberger) informing him that his current client has gone missing.

Once at Travis’ cabin and upon learning of where Holden is, Rachel hits Travis over the head with a shovel. They get to the location and set about sticking Holden in the boot of Travis’ car implicating him. But while Rachel is transporting Holden back to Travis’ residence she is pulled over by Clay who sees what’s been done to Holden. But as he is calling the cops, Carla mows him down. The only clues they’ve left point too Travis.

When they get to his place. He’s not only come round but is waiting for them with a pistol. Carla (armed with Clay’s revolver) catches Travis offguard and now Rachel has Brewer’s gun. Seeing how close her mate and Travis have become, Rachel shoots her point blank in the chest. Travis (now handcuffed) takes off into the woods (surrounding his home) Rachel in hot pursuit. He manages to slip out of one of the cuffs just as Rachel shows up (now out of bullets). A fight breaks out during which Travis bashes Rachel’s head on a rock…but still alive, she beats him to death with a shovel. Smug that she’s survived but concerned of her potentially fatal head wound she starts walking away only to look down to see dying Travis has handcuffed himself to her ankle. Collapsing onto the river/stream bank, she slumps back bleeding now continuously from her now definitely lethal head injuries.

The story comes to end with Holden being found and buried and the search for Travis, who is believed to be behind the deaths and Rachel’s disappearance. The film closes on Travis & Rachel’s remains having been undiscovered and now are unidentifiable thanks to the local wild life. 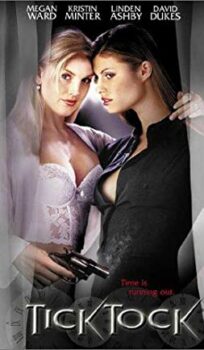