Finn (Matt O’Leary) is a painter with a creative block, who lives together with his girlfriend Callie (Danielle Panabaker) and his best friend Jasper (George Finn) in an apartment complex where Finn works as a manager. Because the elderly tenant, “Mr. B”, across the way has not paid his rent in two months, Callie goes to check on him, and discovers a strange machine in his apartment that takes Polaroid photos of their living room’s picture window – apparently 24 hours in the future, always at 8 pm, although Mr. B’s photo display includes daytime photos.

The friends check Mr. B’s storage unit and find his inexplicably charred corpse; he has apparently been dead for a week. Gambling addict Jasper pushes to use the machine to win bets, as he usually loses, and the next day’s photo confirms they will do just that. It also shows that Finn has finally created a new painting; copying the work in the Polaroid gets him past his block. Based on what happened to Mr. B and notes in his journal, they realize they have to make sure the events in the photos – whatever they may be – have to occur, or their timeline will stop, and they will therefore cease to be.

In the end, Jasper fights with Callie and Finn, which ends with Callie killing Jasper. Finn realizes that Callie has been playing them both all along. She has been manipulating the photos to make things go well for her and Finn. Finn decides the only way to end the problems is to destroy the machine. As he does, Callie shoots him. She is discovered by a police officer and against her best efforts to leave a message for herself with a piece of paper, the paper falls off the window as Callie is led away. Since the piece of paper was not there when the picture is taken, everything will happen as it has. 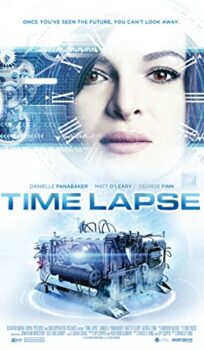