Suzanne (Nicole Kidman) seemingly gets away with the plot of her husband Larry’s (Matt Dillon’s) murder, effectively framing Russel (Casey Affleck) and Jimmy (Joaquin Phoenix) for it -not too much effort necessary, though, since they appeared as the actual perpetrators-.  However, the two cops investigating the case wire Lydia (Alison Folland), and send her back to Suzanne, to trick her into talking about the case; they both have a confrontation about it, and Suzanne, unknowingly, pours her heart out to Lydia about the whole thing.

Later on, Suzanne, in her efforts to clean her name, publicly states her husband was a drug-addict.  This enrages Larry’s parents (Dan Hedaya, Maria Tucci), as they come to realize what truly happened; then, they decide to plot against her, in revenge.  And so it happens: a mysterious man (played by David Cronenberg) agrees to meet her by the lake, to “show her something about her job”; they go deep into the frozen lake area, as she keeps asking where they are going and their voices fade.

In the end, Jimmy is sentenced to life in prison; Russel gets a deal of just some years, for agreeing to testify against Jimmy; Lydia becomes suddenly famous out of the whole situation; the corpse of Suzanne is shown under the frozen water of the lake; and the movie ends with Janice (Illeana Douglas), Larry’s sister, happily skating over the lake, obviously expressing her rejoicing over Suzanne’s murder, which the mysterious man also feedbacks to Larry’s parents. 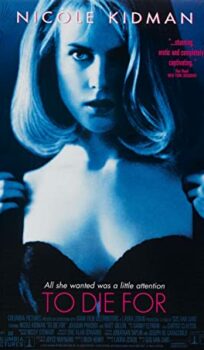