Lord Fairfax (Dougray Scott) spearheads a successful rebellion against the king (Rupert Everett) in response to government corruption.  He quarrels with his hero-worshiping friend Oliver Cromwell (Tim Roth) when Oliver’s reforming zeal turns bloodthirsty and he has the king executed. Cromwell has himself declared Lord Protector and refuses to sign the constitution.  Fairfax initiates a plan to assassinate him but does not go through with it.

Decades later he sees Oliver as he is dying and the old friends say that they both disappointed each other.  The republic Cromwell created does not survive his death and England has been a monarchy ever since. 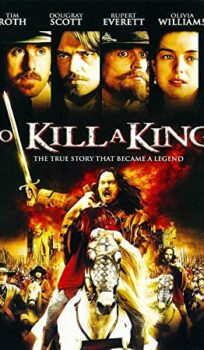