Captain Pete “Maverick” Mitchell (Tom Cruise) is called back to his old flight school to train a younger group of pilots to take on a mission to destroy a uranium facility. Making things challenging for Maverick is that one of the pilots is Bradley “Rooster” Bradshaw (Miles Teller), son of Maverick’s late best friend Goose, who was killed during a flight exercise.

Despite conflicts between the pilots, including Rooster and a cocky pilot called Hangman (Glen Powell), Maverick is able to create a bond between them. After his former rival/colleague Iceman dies, the team is ready to carry out the mission after their extensive exercises. They succeed in destroying the facility, but Maverick is shot down by the enemy. Rooster goes back for him but gets shot down after saving Maverick. They find an F-14 Tomcat and fly it out. They get into a dogfight with other enemy pilots and are ultimately saved by Hangman when they run out of ammo.

Rooster and Hangman develop a newfound respect for each other, and Rooster has a better relationship with Maverick. Maverick also reconnects with an old girlfriend, Penny (Jennifer Connelly). 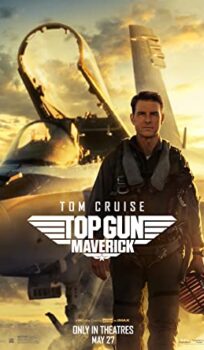