Submitted by Lauren and Curt (Pooper)

LONGER VERSION:
Alonzo Harris (Denzel Washington) is in debt to the Russian mafia for $1 million dollars for killing a Russian Mafia courier in Las Vegas.

He goes back to rob Roger (Scott Glenn) with a bribed arrest warrant from the Three Wise Men, whom he paid off with the money they stole from Sandman’s wife (Macy Gray). They steal a couple million dollars that was buried underneath his kitchen floor and Alonzo shoots Roger with a shotgun, killing him.

Alonzo sets up the shooting with his team and Jake (Ethan Hawke) as justified, though Jake refuses but reluctantly goes along with it because Alonzo threatens to have his blood test for the PCP in his blood that Alonzo made him smoke earlier in the film, a set up by Alonzo for over a week. Because Alonzo has lost faith in Jake to take the lead in his unit, he takes him to run a errand to Smiley (Cliff Curtis), a mexican drug dealer. Alonzo abandons Jake there to have Smiley and his men kill him. As Smiley is about to shoot Jake in his bathtub, one of his men find the wallet of the 14 year old girl he saved earlier from being raped. Smiley reveals that it’s Letty, his cousin, whom he calls to confirm Jake’s story about saving her. Smiley lets him go.

Pissed off, Jake travels back to the home of Alonzo’s mistress Sara who is the mother of one of Alonzo’s son. He finds Alonzo there and they get into a gun fight inside the apartment. The fight travels outside where a crowd has gathered to watch Jake as he gets the upper hand and holds Alonzo at gun point. Alonzo yells at everyone to shoot Jake and be paid for it, but the crowd refuses, letting Jake go with the money. Empty handed with time expiring, Alonzo heads to LAX to flee from his debut to the Russian Mafia. While sitting at a traffic light, the Russian Mafia guns him down in the middle of the intersection, shooting Alonzo over 100 times with machine guns. Jake travels home and as he walks into his house, news broadcasters are overheard describing Alonzo being hailed as a heroic officer who was shot and killed. 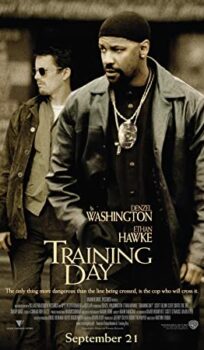