Despite Charlie (Jeff Daniels) getting himself thrown out of the courthouse, Richard (Michael Richards) is able to manipulate the jury with a sob story by his client Benjamin Gibbs (Rip Torn). The ensuing story causes the prosecutor Jessica Steen (Elizabeth Gardner) to lose her cool, giving her no choice to offer Gibbs a sweetheart one year minimum security plea deal for his latest con. Richard tells Jessica that night that he is actually an actor, and Jessica throws him out angrily, despite Richard guessing they had a connection going.

Charlie meanwhile has become close, and intimate with a sexy waitress Billie Tyler (Charlize Theron) who teaches him to loosen up and enjoy life. He begins to doubt his upcoming marriage to the shrill, self absorbed Tiffany. When Tiffany surprises him at his hotel with Billie present, Billie is left heartbroken, and Charlie realizes he is a terrible person for treating Billie dishonestly.

The next day in court, Gibbs, who cannot accept any jail time or taking any responsibility for his actions, refuses the plea deal. Richard has no choice to make a closing statement, relating to the honesty of character and of self. Charlie witnesses the closing argument and realizes he can no longer live a lie, and breaks up with his fiancee. When Billie sees he is still in town, she realizes he chose her and they reconcile.

Gibbs is found guilty, and then tries to ask for the plea deal after he has been already convicted (which will most likely be more time in jail than if he had just taken the deal). Richard could care less because he thought Gibbs was an awful person. Charlie gives Billie a new tire for her broken trailer with his address, implying they will continue their relationship. Meanwhile, Richard ends up Jessica, and takes a ride with her on her motorcycle. 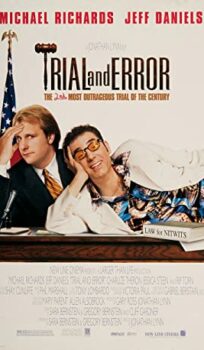