Tia (Jean Kelly) makes Buck (John Candy) look like he is flirting with her neighbor Marcie (Laurie Metcalf), and his girlfriend Chanice (Amy Madigan) sees this and leaves him.

After that, Tia goes to see Bug (Jay Underwood), but she soon discovers that Buck was right about him: He’s only with her because he wants to make out with her. Heartbroken, she leaves him. A while later, Buck comes to Bug’s house, thinking Tia is there, and terrorizes Bug by drilling out his bedroom doorknob. Though he finds Bug making out with another woman, he proceeds to tie him up and put him in the trunk of his car.

Buck then finds Tia as she’s walking home, and she admits to him that he was right all along. After they have a heartfelt talk with each other on the drive home, Buck pulls over and shows Tia the tied-up Bug in his trunk. He forces Bug to apologize to her, and then proceeds to terrorize and humiliate him as he lets him go. In gratitude, Tia smoothes things over between Buck and Chanice, and they get back together.

Cindy (Elaine Bromka) & Bob (Garrett M. Brown) return home the next day, and Tia lovingly embraces Cindy. Cindy promises her that things will change, so she won’t be so resentful of her and Bob anymore. Buck then leaves with Chanice, and he and Tia exchange goodbye waves. 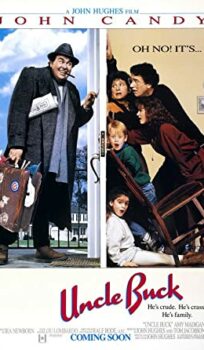