SHORT VERSION:
Rob (Shawn Ashmore) and his friends are indeed the car thieves, but they were blackmailed into doing it by the school’s headmaster Powers (Hugh Bonneville), who is the leader of the stolen car ring.

After Rob and his friends pulled an outrageous prank on him one night and were caught, Powers ordered them to boost cars for him or face expulsion. He also was the one who killed Warren (Ryan Beil) after he found out that Warren was investigating the thefts. Powers’ goal was to trade the stolen cars for a large amount of Bliss from some international drug dealers, which he would then sell himself.

In the end, Tre (Nick Cannon) foils the trade, kills the drug dealers, and then fights and kills Powers. He tells Rob that he will tell some important people that he and his friends were minors under duress, thus sparing them any jail time, and he also hooks up with his Spanish teacher Karen (Roselyn Sanchez) and later gets his diploma.

LONG VERSION:
Tre holds a party at Captain Delgado’s (Cheech Marin) house to try to catch the car thieves, using Delgado’s car as bait, since the thieves liked to steal cars in the area where Delgado lived. The thieves take the bait, but Tre and his backup fail to catch them, and Delgado’s car is lost. Delgado kicks Tre off of the force, tired of his reckless behavior and feeling that he can’t trust him anymore. However, he allows Tre to finish getting his education at the school.

Tre continues to investigate the matter, anyway, and finds out from his searches – as well as from revealing his true identity to Rob and talking to him directly – that Rob and his two friends were indeed the thieves, but they were blackmailed into it by the school’s headmaster Powers, who is the leader of the stolen car ring. Rob and his friends pulled a prank on Powers one night by hotwiring and totaling his car, and after they were caught, he ordered them to boost cars for him or face expulsion from school. Knowing that their lives would be ruined if they got expelled, they agreed to do it. Powers was also Warren’s killer; he did it when he found out Warren was investigating the thefts. Tre later figures out that Powers intends to trade the stolen cars for a large amount of Bliss from some international drug dealers down at the harbor, with intent to distribute.

After calling Delgado and telling him to send cops down to the harbor, Tre and Rob interrupt the trade, and a shootout ensues. Tre kills all of the drug dealers, but Powers escapes, and eventually tries to make a getaway by taking off in the drug dealers’ boat. Tre manages to grab hold of the stern just as it goes, and he gets aboard and starts fighting Powers. Powers tries to run him through with a spear, but the spear gets stuck in the bottom of the boat and snaps in two. Tre soon kicks Powers backwards onto the embedded half, impaling him, and then Tre jumps into the water before the boat crashes into a barge and explodes. Delgado and the cops then show up and get Tre back on land.

Tre tells Rob that he will tell some important people that he and his friends were minors under duress, which will prevent them from going to jail, and Tre is reinstated back to the force. He hooks up with his Spanish teacher Karen, and later gets his diploma. He also gets Delgado his car back, but not before having it outfitted with hydraulics. 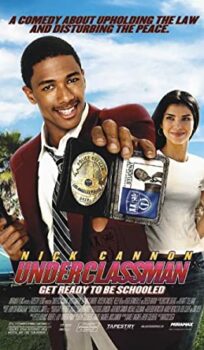