A group of researchers are stationed in an underwater drilling rig. An earthquake forces them to make their way out, but they soon find themselves under attack by creatures that live in the deep. One by one, the crew members get killed.

Engineer Norah Price (Kristen Stewart) is among the final survivors. After making it to a nearby station to get to evacuation pods, she sacrifices herself so her other two crewmates can get out since one of the three pods is faulty. The station then comes under attack by the monsters and their leader (Cthulhu). Norah raises the energy levels in the station to destroy the monsters.

Although the other two crewmates get out, the company responsible for the drilling plans to continue their work despite the risks. 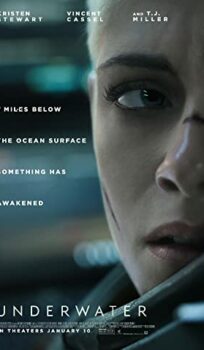