Alexander Corvinus (Derek Jacobi) is the father of the original Lycan/Vampire twins William (Brian Steele) and Markus (Tony Curran). Markus mortally wounds his father and takes the key to William’s underground cell, where he encounters the hybrid Michael (Scott Speedman) and apparently kills him, too. Selene (Kate Beckinsale) is brought to Alexander, who gives her his blood before dying, telling her that after drinking his blood, she will not die with the rest of the vampires when she kills Markus (meaning that Alexander was a werewolf/Lycan himself, making Selene another hybrid). The now powered-up Selene fights Markus while Michael returns from the dead to fight William. Eventually, Michael tears off William’s upper jaw and head and Selene forces a wounded Markus into the propeller of a helicopter . Selene closes the movie with a narration that even though the source vampire and Lycan have been killed, and with them their descendants, there is still evil in the world, and she hopes she will be able to deal with it. 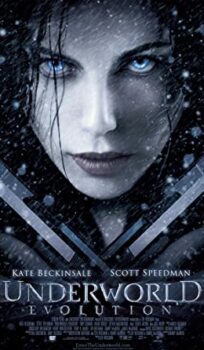