After Sonja (Rhona Mitra) does not make it to the rendezvous point that Lucian (Michael Sheen) planned for her, he realizes something went wrong and goes to the castle to save her. They attempt to escape but Lucian is recaptured. Sonja tries to appeal to her father Viktor (Bill Nighy) for Lucian’s life as she is now carrying his grandchild. Viktor is instead disgusted and has her arrested and sentenced to death. Sonja is burned alive while Lucian is forced to watch.

Viktor comes to kill Lucian but Lucian transforms and calls for his army. They come to the castle and start to slay the vampires. Lucian and Viktor fight culminating with Lucian running a sword through Viktor’s head. However, we see that Viktor survives and is last seen being put into deep sleep. The Lycans cheer their victory, but Lucian realized what has begun; a war.

The last scene is a wrap around from the previous films. Kraven narrates to Selene how Viktor killed her family but let her live because she reminded him of his daughter. Selene replies “Lies.” Which is exactly the point of the series: The war was a lie. It all began because the cold Viktor could not live with the fact that his daughter loved Lucian. 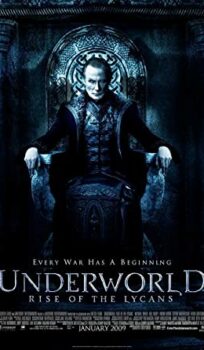