When about five or six plans to stop the train all fail, as a last ditch effort, Frank jumps on top of the train, trying to run and reach the engine. However, one of the gaps is too large and Frank can’t make it. Eventually, a pickup truck driven by Ned catches up to the train. Will jumps into the back of the truck, which drives to the front of the train. Jumping from the truck, he makes it into the cab of the run away train, and pulls the breaks, stopping the train.

In the end, Frank is offered his job back, and both Will and Frank are considered heroes. 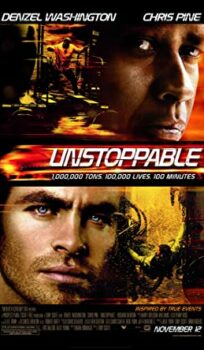