Tape 49 (Wrap-Around Story):
Two private investigators (Ayesha and Larry) go to the house of a missing college student. Ayesha hears a noise when they break in but Larry dismisses it. They find a set of televisions, VHS players and tapes as well as a laptop. Larry checks out the house while Ayesha watches webcam recordings of the student on the laptop where he says how to watch the tapes. While they investigate, a figure appears moving around and watching them in the background. She watches 3 segments, gets progressively sick, and Larry leaves to get her medicine while she watches the last segment only to come back and find her dead. He watches the last laptop video of the student which is of him putting a gun to his chin and shooting himself, then getting up and walking off, directly followed by Ayesha and Larry entering the room. This means the noise Ayesha heard was the student shooting himself and he is somehow reanimated and still in the house. Ayesha reanimates, attacks Larry, and he hides in a closet only to discover the student in the closet which him, who attacks and kills him.

Clinical Trials:
Herman (played by director Adam Wingard) receives an experimental eye implant that is a recording device, as a result of eye damage due to a recent car accident. On his way out of the hospital he is stared at very directly by a redheaded young woman .His first night at home he sees a figure in his bed as well as dead people, he hides in his bathroom until morning. He makes an appointment to get the implant checked out because he is spooked and on his way out of the house he sees the redheaded young woman from the hospital. He lets her in because she somehow knows what he is seeing, but she explains she had an ear implant and now she can hear dead people. She says she knows how to keep the dead people at bay but never fully explains and she sleeps with him to divert his attention. When he wakes, all hell breaks loose, the ghosts drown the redhead in his pool, and he once again tries to barricade himself in his bathroom, but this time to stab out his eye. The implant still functions however and captures the dead people appearing in his bathroom, grabbing him, holding him down, and shoving the implant/eye down his throat, which we see the inside of.

A Ride in the Park:
A bike rider with a go-pro camera on his helmet is attacked by zombies, or otherwise infected persons, and turns into one himself. He attacks a couple, feasts on them until they turn and they become a small horde that attacks a child’s birthday party in the park. While some partygoers attempt to flee, the bike rider is stabbed and run over; he also catches a glimpse of himself in a car window and seems emotionally effected by it. He suddenly hears his phone, and notices that he has accidentally dialed his girlfriend who seems confused and concerned at the strange noises she is hearing. This seems to affect him very strongly and he takes a shotgun off a fallen survivor and shoots himself in the head.

Safe Haven:
A journalist crew comprised of a head journalist, his wife, his brother, and a tech crew is allowed into a mysterious cult compound run by a man known as “the Father”. With button cams and news cameras they interview and tour the organization. The head journalist starts an interview with the Father in his office which his wife has to leave because she feels ill. While she wanders a little, she observes a classroom of children and a female follower tells her creepily that she will have one of her own soon, and looks as though she is closing in to grab her but is cut off by the journalist’s brother who has come to check on her. The head journalist breaks the interview for a moment due to battery problems and while he gets another he hears his wife on the button cam say to his brother she is pregnant and the baby is not her husband’s but his brother’s. While this happens, the Father grows impatient and starts making announcements that it is time for his followers to commit suicide; he also leaps from his desk and kills a tech crew member. The classroom of children drink poison and the male followers shoot themselves in the head. The wife is suddenly taken by a group of female followers in scrubs and surgeons masks. In a scuffle to rescue her, her husband is shot execution style by a male follower who allows the brother to live, saying it was an honor to meet him, before killing himself. The brother finds the wife was taken to a room from which The Father emerges and explodes.  The brother enters to see the demonic/possessed female followers holding the wife onto a table whose stomach has expanded rapidly. Horns protrude from the stomach until an entire goat/demon man emerges and chases the brother out. The followers have all reanimated into demonic/possessed people, including the head journalist, but the brother makes it out only to have his car flipped by the large demon who suddenly calls him “papa.”

Alien Abduction Slumber Party
A group of young boys and their dog are left alone for a weekend at their lake home with their older teen sister in charge; most of the footage is from a camera they place on the dog. They invite their friends over and play pranks on their sister, her boyfriend and her friends. One boy catches a glimpse of an alien underwater while swimming but either says nothing or does not notice. In the midst of a prank of the young boys barging in on the sister having sex with her boyfriend, the house shakes and they hear loud metallic noises from outside, but the boyfriend takes charge and dismisses the noises, blaming it on the kids. When the sister tries to get prank revenge on her brother and his friends, the aliens start to descend and creep into the house, not sure what is going on they call the cops. The boyfriend is taken first, and suddenly all the kids find themselves in the lake, shown from the point of view of the dog in a sleeping bag with one of the boys. The sister has to revive one of her brothers and they run into the woods with the aliens closing in. After the dog barks and gives away their position they run from the woods to the sound and lights of sirens as the cops arrive but suddenly in a fog the sirens and lights disappear. After the kids are taken and whittled down to just the sister, one of her brothers and the dog, they attempt to hide in a barn, but the sister sacrifices herself to get her brother to the attic as the aliens close in there as well. The aliens find their way to the attic quickly and take the brother who tries to hold on to his dog as he is launched into the air but drops the dog and it falls to the ground dead. 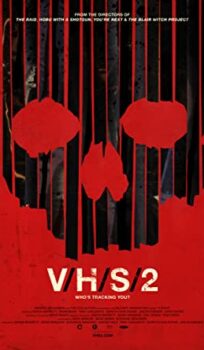