In the final battle, Rita (Angela Bassett) nearly gives in to her bloodlust and looks like she’s going to kill Justice (Allen Payne), but instead, she stakes Max (Eddie Murphy) in the heart and kills him. Rita returns to normal, and Justice and Rita kiss.

Julius (Kadeem Hardison), realizing that he owned Max’s limousine now, gets into it, with Silas (John Witherspoon) taking the driver’s seat. When Julius closes the sun roof, Max’s ring – which was blown onto the limo’s roof by Max’s spirit when it exploded after he died – falls into his lap. He puts it on, and he is transformed from a decaying ghoul into a vampire. He declares to Silas that there is a new vampire in town, and then he has Silas drive him off into the night. 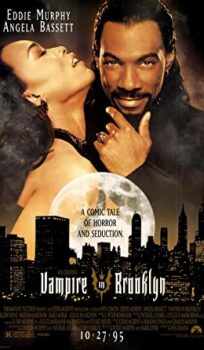