The man shot is not actually the president (played by William Hurt), but is a double, who is being used after the Secret Service fears an assassination attempt at the summit.

Taylor (Matthew Fox) is actually double agent working with a group of terrorists trying to destroy the summit and kill the president.

Barnes (Dennis Quaid) kills Taylor and rescues the president after he was kidnapped by the terrorists.

It is not made public that the plot was made up by a large group of terrorists, instead the public is told that it was a lone assassin. 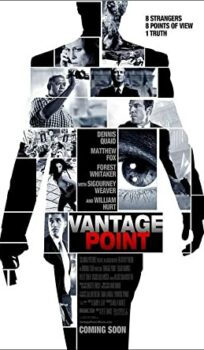