Dick Cheney (Christian Bale) is a drunk and got kicked out of college. Lynne (Amy Adams) pushes him to get his act together. He becomes a congressional intern working for Donald Rumsfeld (Steve Carell) and quickly learns how to play the game and amass power. Eventually, he is asked by George Bush (Sam Rockwell) to become his running mate, and he does, but essentially is puppeteering the president, overseeing whole departments and intelligence.

After 9/11, he creates and pushes the narrative that we need to attack Iraq despite them having nothing to do with the attacks, which makes a ton of money for him and Halliburton. He also sanctions extreme torture. He shows no remorse for any of his actions, which led to the deaths of hundreds of thousands and created ISIS. 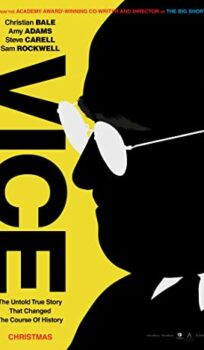