Alan (Christopher Reeve) brings a bomb hidden in a briefcase to the barn where the children reside, and puts up a wall in his mind to try and block their attempts to telepathically find out that he did. The children eventually break his mental wall down and discover the bomb, but when they do, it’s too late – the bomb explodes shortly afterwards, killing Alan and all of the children except David (Thomas Dekker), who rebelled against the others to protect his mother Jill (Linda Kozlowski) from them and was rushed out by Jill before the bomb went off.

As they drive away, Jill tells David that they’ll move to a place where no one knows who they are, while David looks off into the distance. 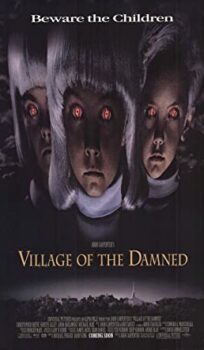