After Pampinea (Mischa Barton) receives word from her servant Minghino (Clive Riche) that Count Dmitri (Matthew Rhys) has already been in Florence, she makes ready to leave the convent and head for her family’s villa in the countryside to marry him there. However, being in love with Lorenzo (Hayden Christensen) and refusing to let him remain in the convent with all of the horny young nuns, she tells the convent’s Abbess (Anna Galiena) before departing that Lorenzo is faking being deaf and mute. After the Abbess finds out for herself a short time later that this is so, Lorenzo is swiftly booted out. Pampinea then pulls up to the front door in her carriage some time afterward and tells Lorenzo where she is heading, and he decides to come along as her escort. As he goes, Tindaro (Craig Parkinson) – the artist (and the film’s narrator) secretly posing as a priest who is due to wed Pampinea to Dmitri – shows up at the convent, following stories he had heard about the Abbess being a woman of unparalleled lust and sexual excitement, and sure enough, he soon gets seduced by her. Meanwhile, Dmitri happens upon a lake where Pampinea’s friend Elissa (Kate Groombridge) is swimming in the nude, and when they both show a very strong attraction to each other and find out that they are going to the same wedding, she leads him to believe that she is Pampinea and they have sex.

Upon arriving at the villa, Pampinea invites Lorenzo to stay for a while when she finds out that no one other than her servants have shown up. As they chat over dinner, he brings up how he was blindfolded and kissed by one of the nuns while he was at the convent and can’t get this woman off his mind, unaware that the nun was Pampinea herself. That night, as they stroll through the garden and talk some more about the kiss he received, Pampinea decides to reveal that she is the one he is seeking when she tells him to close his eyes and kiss her. However, Gerbino (Tim Roth) and his posse suddenly appear before that can happen, and Lorenzo ignores Pampinea’s pleas to flee and challenges Gerbino to kill him. Gerbino attempts to, but he is stopped moments later when Pampinea shouts that she will never marry him if he kills Lorenzo. Lorenzo gets upset upon hearing this, but there is nothing he can do about it, and he winds up getting locked in the estate’s dungeon.

The next morning, Gerbino meets with Pampinea and explains that Lorenzo will face severe consequences for his past crimes of theft and murder, so she offers him a deal: She will marry him that day instead of Dmitri, but on the condition that Lorenzo be set free. But, she warns that if Lorenzo isn’t released after their nuptials or gets harmed in any way by him or his men, she will never have sex with him. Gerbino agrees to the offer, and shortly after he dispatches two of his men to get a priest, Tindaro shows up. Pampinea releases Lorenzo from his cell and tells him to run while he can, then goes to confession with Tindaro before the wedding. She explains that she loves only Lorenzo, and then bribes him to stall the wedding as long as he can, believing that Lorenzo will return soon.

Lorenzo is walked off the property by two of Gerbino’s goons, knowing full well that they will kill him as soon as they are out of Pampinea’s sight. When they make their move, he punches them both and knocks them out. Dmitri then gallops up on his horse and asks for directions to the villa, and after Lorenzo provides them, he learns who he is, takes one of the goons’ swords, and follows him. As the wedding is going on, Gerbino spots Dmitri appearing on the grounds, so he puts his sword to Tindaro’s throat and forces him to marry him and Pampinea immediately. Dmitri then confronts Gerbino and says that he is here to make Pampinea his wife, and curses Gerbino for having killed all four members of his entourage in an earlier confrontation. Gerbino flees inside the villa, and then Lorenzo appears, and together he and Dmitri chase after Gerbino, dispatching of all of his men along the way (with a bit of assistance from Tindaro). Dmitri catches up to Gerbino first at the villa’s well and has a swordfight with him, and Dmitri wins it after he disarms him. Lorenzo then appears and challenges Gerbino to duel him on the rim of the well, and he gets his wish after he and Dmitri decide it by a coin toss. As they clash, Pampinea and Tindaro watch it from high above, and Lorenzo eventually knocks Gerbino off-balance and sends him falling down the well to his doom. Tindaro then informs Pampinea that he isn’t really a priest, so her marriage to Gerbino isn’t valid.

Pampinea then meets Dmitri with her face veiled, and Dmitri explains why he is here. Pampinea compliments him on his bravery and handsomeness but says that she can’t marry him. Confused, he asks her how she can say that after everything that has happened between them, prompting her to show her face and ask what he means, and he realizes that she isn’t the Pampinea he met. Just then, Elissa appears behind her, having just arrived with Filomena (Rosalind Halstead), Dioneo (Christopher Egan), Ghino (Ryan Cartwright), Uncle Bruno (Nigel Planer), Simona (Maimie McCoy), and Monna (Coral Beed) for the ceremony. Dmitri happily points her out as the Pampinea he met and tells Pampinea that he is in love with her, then walks up to Elissa and kisses her. Filomena and Dioneo then appear and the former questions whether a wedding is going on or not, but Pampinea assures her that there will be one.

However, she notices that Lorenzo has disappeared, so she runs off to find him and stops him as he is on his way out of the estate. Pampinea tells him she loves him, and Lorenzo tells her that he is hanging on to a kiss he just can’t let go of and thus is leaving to find his mystery woman. Pampinea has him close his eyes again, then says the very words she spoke to him when they kissed at the convent and kisses him again, and he happily realizes that she is the one. They are cheered by their friends, and kisses then take place between Dmitri and Elissa, Filomena and Dioneo, Ghino and Simona, and Uncle Bruno and Monna. Tindaro departs back to the convent so he can have another sexual romp with the Abbess. 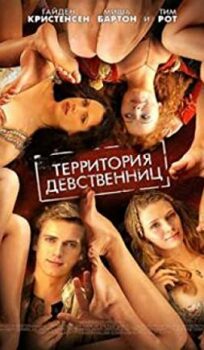