Dean (Justin Long) steps down on the offer as Assistant Manager; on the rebound, Dan the manager (David Koechner) fires him, but it doesn’t matter, because he had quit anyways.

Monty (Ryan Reynolds) actually shows sensitivity when he tries to bed fellow worker Natasha (Vanessa Lengies), but then learns she is still a week shy from her 18th. birthday, allegating it’s not appropiate to rush before time.

Calvin (Rob Benedict), after getting ditched and ignored ONCE AGAIN by a crush, proclaims to Serena (Anna Faris) that he will change is passive attitude towards girls.

To top things off, trainee Mitch (John Francis Daley), while at the party, after reasoning what it would mean to work around all these people, snaps and verbally spitfires at each and every one of them, for their own grating attitude towards work and others; however, just as he is walking out, Monty catches up with him and lets him know that he was “the man” for pulling off that scene, and that he had everyone’s respect and approval; he obliges and returns to the party, as the movie ends.

Shortly into the credits, we see Dan arrive at what he assumed was the party; instead, the door is answered by the redneck customer from earlier.  Natasha had pulled a joke on him, to get him off her back. 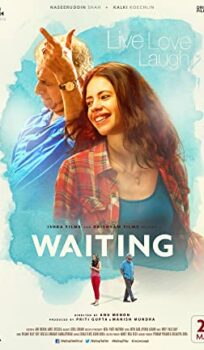