After Dot is stricken from an explosion caused by one of King Salazar’s cannonballs and is seemingly killed, the commotion over her supposed death enables Wakko to make it to the wishing star. Dot awakens soon after, revealing that she was faking it (though we never find out if Yakko and Wakko were in on that), and Wakko gets his wish for two ha’pennies.

Wakko pays for Dot’s operation with one of them, which is revealed to merely be plastic surgery to put a beauty mark on her cheek, and with the other, he gets his “burgers at the butcher’s, blitzers at the baker’s, groceries at the grocer’s, and season tickets for the Lakers.” Wakko’s usage of the second ha’penny creates a circular flow of income amongst the town’s businesses, bringing prosperity back to the town.

The hospital where Dot got her surgery also unearthed the siblings’ birth certificates, which revealed that their deceased parents were the King and Queen of Warnerstock, and thus they were the heirs to the throne. Salazar had them exiled after he seized control of the kingdom following their parents’ deaths, never expecting to see them again. The trio (literally) boots Salazar out of power, and they become co-rulers of Warnerstock. 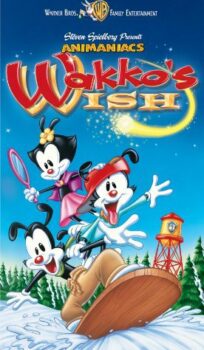