After a hellacious journey through Los Angeles riddled with misunderstandings and mishaps, in addition to having to regularly evade pursuing police officers Dave (Ethan Suplee) and Walter (Bill Burr), Meghan (Elizabeth Banks) finally reaches the impound lot where her car is being kept. Unfortunately, the clerk she speaks with refuses to let her in without payment, plus she cannot answer the clerk’s question of where her car got towed from. She soon sneaks into the lot by hiding behind a tow truck as it drives through the entrance, and when she gets to her car, she discovers that somebody broke into it and stole her purse. Having now reached the end of her rope, she decides to hop into the car and escape with it, but the clerk sees her fleeing and activates a spike strip that blows out all of her wheels. The car slows to a stop at the entrance and gets sandwiched in between the sliding doors, and then the airbag goes off, leaving Meghan completely trapped. Thankfully, Gordon (James Marsden) – who has been tracking her via the GPS device in her keychain with assistance from Rose (Gillian Jacobs) and Denise (Sarah Wright) – suddenly appears outside her window and gets her attention. After having her open up the sunroof, he goes onto the roof, then reaches in and pops the airbag before pulling her out. They then get into Rose’s car and take off for the KZLA station.

As they go, Meghan apologizes to Gordon for sneaking out of his apartment without so much as a goodbye, saying that she has come to regret it. However, they all soon get caught up in a traffic jam, so Meghan calls her producer, Dan (Willie Garson), and tells him that she is on her way and to have the hair and makeup department standing by; then tells him to connect her with Chopper Steve (Kevin Nealon). After getting Steve on the line, she tells him to bring his helicopter down to a park close by her, intending to have him fly her over to KZLA so she can do her report for the CNB executives on time. When he arrives, Meghan hops aboard, but she decides to have Gordon come along with her. After they take off, Dave and Walter appear and ask Rose and Denise if they saw a woman in a yellow dress get on the chopper, and Rose tells them that the woman who got on it is reporter Meghan Miles. Dave and Walter thus conclude that she has probably been working all this time, so they stop pursuing her.

Meghan arrives at the station and gets a quick touch-up before she is ushered onto the set to do her report, but she finds herself reporting on her own journey, where she has become known as the “Hooker Hoodlum” and is wanted for various crimes. She soon stops reading from the teleprompter and admits to being this “Hooker Hoodlum,” then tells her side of the story and sets the record straight while also saying that she no longer cares about what people think about her. She then says that everything she has done was all to get to the station so she could convince a few people that she is someone that she no longer is. She is not safe or perfect, and if she is going to be telling people the news, she should be telling the real story and not just reading off some script. She then thanks Dan for being a great producer and Rose, Denise, and especially Gordon for coming to her rescue. She also gives a shout-out to the drug dealers Scrilla (Lawrence Gilliard, Jr.), Hulk (Da’Vone McDonald), and Pookie (Alphonso McAuley) out of gratitude for their attempt to help her by letting her use one of their phones to call her ex-boyfriend Kyle (Oliver Hudson) for help (which he didn’t come through on). She tells Kyle that she never wants to see him again. As Kyle watches this from his home with his new woman, the police break in and arrest him on suspicion of being a customer of the drug dealers, having recovered the phone that Meghan used and traced his number.

Meghan says goodbye to the viewers and gives her best wishes to her co-anchor Chuck (David Winston Barge) before she quickly leaves the set with Gordon, thinking that she will definitely be unemployed after this. As she and Gordon are talking in a hallway about the stuff she just said, the CNB executives approach her and tell her that her ordeal has inspired them to create an investigative reality show that they want her to star in. Meghan replies that she needs to think about it and will get back to them, and then she has Dan get the ball rolling on the whole idea with them while she leaves with Gordon to clean up and grab a bite to eat. She and Gordon head in the direction of HER home this time, and they kiss each other as they go. 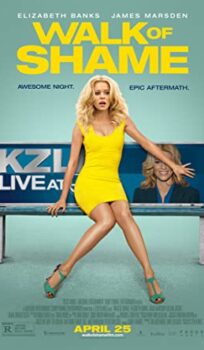