After sparing the life of human, Julie (Teresa Palmer), corpse R (Nicholas Hoult) discovers he is changing from a zombie and is becoming human again. This “cure” is the only thing that will save R and his fellow corpses from becoming full skeleton-like zombies, called Bonies. With increased human interaction, R slowly regains human speech, begins to dream again and soon, his fellow corpses, including his best friend, M (Rob Corddry), feel their hearts beat again after seeing Julie hold R’s hand.

The corpses and the humans, who live in a walled off part of the city, join forces to defeat the Bonies. R proves his humanity by bleeding after being shot by Julie’s father and the leader of the humans, Colonel Grigio (John Malkovich). His life is spared once the humans realize that the corpses are changing. Soon, the Bonies are killed or die off and the corpses begin to transform back into their human state. The fully human R and Julie sit together and watch the walls of the city fall as life returns to a world without zombies. 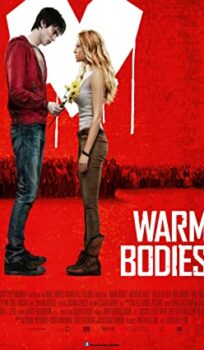