Despite the fact that all but 3 players on the entire football team died in a plane crash, the university hires a football coach who puts together a bunch of Freshmen and other recruits as a team the following season.  Though they get beaten in their first game, they don’t give up. Ultimately, they decide to put their hearts into it and play their first home game in honor of their fallen teammates. They win.

They go on to lose a majority of their games throughout the 70’s, but end up winning more games in the late 80’s and 90’s. Good movie. The end. 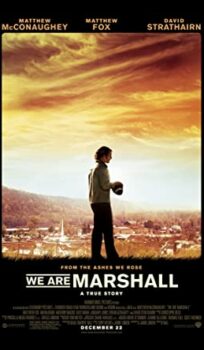