At the urging of his best friend, Jamie, Russell (Tom Cullen) went to the train station to see Glen (Chris New) off. Glen didn’t seem surprised to see him there. He even expected that Russell would come.

At the platform, the pair had a very emotional conversation, which is inaudible to the audience. It ended up with Glen admitting that he has doubts about going to America. But Russell comforted him and said that Glen will have an amazing time there.

They then kissed. (Throughout the film, Russell seems reluctant to show affection in public, let alone to kiss. So this is probably the first time he’s ever done it.).

Glen gave Russell an envelope, then left to catch his train. Russell went back to his flat. There he opened the envelope, finding Glen’s tape recorder inside. He played the tape and heard himself describing the first night he spent together with Glen. 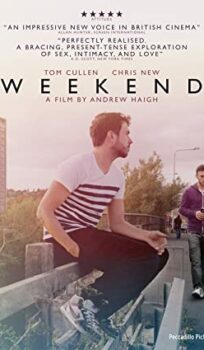