Pooper:
Talan is revealed to be a werewolf and goes on a rampage, during which everyone is killed besides Klaus and Gavin (who was bitten and turned by Talan). Though Gavin seemingly killed Talan, reports of werewolf attacks spread throughout Europe.

Long Ending:
The film opens with a grievously injured woman in a hospital recounting her story. While on a camping trip, a hairy beast attacked the family, killing and eating her husband and young son before mauling her. Police Captain Klaus Pistor (Sebastian Roché) arrest a young man named Talan Gwynek (Brian Scott O’Connor) whose mother owns land near the campgrounds.

Talan’s mother hires an attorney named Kate Moore (A.J. Cook) to defend him. She is aided by her assistant Eric Sarin (Vik Sahay) and ex-boyfriend/animal-expert Gavin Flemyng (Simon Quarterman). It quickly becomes clear that Klaus and the officers have a hidden agenda against Talan’s family. They have conveniently “misplaced” various pieces of evidence and the results from tests on DNA recovered from the crime scene are inconclusive. When Kate meets Talan, she discovers that he can barely move and has been suffering from a debilitating sickness for most of his life. As the police escort Talan from the interview room, he reaches out to Kate. Gavin misinterprets the gesture as a sign of aggression and angrily tackles Taran. During the ensuing struggle, Talan bites Gavin’s arm.

As Kate’s team continues to investigate, the exonerating evidence piles up. After reviewing the corpses, Gavin concludes that only an animal could have inflicted such injuries on a human body. Talan’s mother provides an alibi for Talan on the night of the attack. Eric’s research leads him to discover a the existence of a rare disease, the symptoms of which match Talan’s symptoms. Kate discovers that the town has long been trying to purchase Talan’s property in order to bury nuclear waste in the cave system located beneath it. She also finds evidence that Klaus staged the “accidental” death of Talan’s father. Finally, the police end up finding and shooting a violent bear that is found in the woods near the site of the attack. As the defense team continues to research the case, Gavin grows ill and more withdrawn.

Eventually, the judge overseeing the case grants Kate’s request for a medical evaluation to test Talan for the rare disease Eric identified. If the test results are positive, it will unequivocally prove that Talan was physically incapable of killing anyone. The test involves inducing a seizure. As the seizure test progresses, it triggers Talan into a violent rage. He suddenly displays fantastical strength and agility, killing all the doctors before fleeing the hospital. Talan is later encountered by a well-armed police squad in a high rise. Talan transforms into a beast-like state and slaughters the police before leaping out of an 8th story window unharmed and fleeing the city.

Eric, having realized that the attacks happened during a full moon, theorizes that some people may gain strength and psychosis from lunar cycles since human bodies are made of water (and water is impacted by the moon). Gavin meanwhile has grown more aggressive and powerful. It is clear that when Talan bit him, he became infected with Talan’s disease. Worried that he is becoming a beast himself, Gavin gives a gun to Kate and asks her to kill him if he becomes an animal.

The police and defense-team track Talan to his home. Nothing seems to hurt Talan and he kills almost all of the police officers. Eric and Jane eventually encounter Talan within the woods near his property and try to reason with him. Talan is too far gone and murders Eric. He is about to kill Kate as well when a bestial Gavin appears and attacks Talan. The two fight and Gavin appears to emerge victorious. Gavin begs Jane to kill him, when Klaus has a sniper kill Jane (in an effort to get rid of all witnesses). Gavin howls in anguish and kills all remaining policemen besides Klaus before fleeing deep into the woods.

The film ends with a bunch of news snippets. Klaus was convicted for his crooked acts and illicit persecution of Talan’s family. Talan’s body was never recovered. Gavin is alive and gives the press a statement wherein he says the only logical conclusion is that Talan was a werewolf. Reports of werewolf attacks spread throughout Europe, all of which are blamed on Talan (though it may be Gavin who is the perpetrator as no one left alive knows that he too is a werewolf). 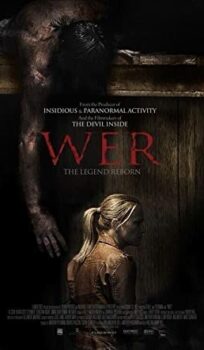