Professor Glendon (Henry Hull) discovers that Dr. Yogami (Warner Oland) was the werewolf who bit him during his expedition to Tibet. Yogami stole the petals of the mariphasa flower from Glendon’s laboratory,  because the extract of the petals has the power to prevent a man from turning into a werewolf.

Without access to those petals, Glendon turns into a werewolf and kills Yogami. A werewolf’s instincts lead him to kill the people he loves most, so Glendon heads to his home to kill his wife Lisa.

When Glendon gets there, he is shot by the police. As he is dying, he turns back into a human being. He thanks the police for killing him, and tells Lisa how sorry he is that he could not have made her happier. 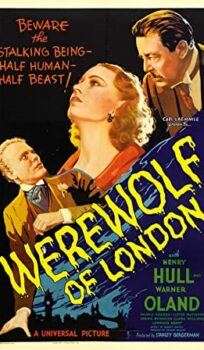