Brian (Mark Ruffalo) and Paulie (Ethan Hawke) are busted after a botched set up – the people they set up to rob were actually undercover cops setting them up. After stealing a van of TVs, they are caught, arrested and sentenced to 6 years in jail.

After six years, they are released, but, having a criminal record, are unable to find legal jobs. Tired of their usual crime boss sending them on low paying jobs, they attempt to strike out on their own and target an armored bank truck.

Brian turns down the opportunity to rob the truck, fearing that he will be put back in jail and miss more of his children growing up. It is revealed that the scene at the beginning of the movie was simply a day dream, not what actually happened.

As Brian is eating in a restaurant, he sees a news report about the robbery taking place. Paulie went through with it.

A slide show at the end of the movie reveals that Paulie was caught and convicted of the robbery, and is now serving 50 years in prison for it. 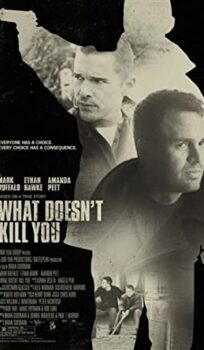