A high school student named Jill is babysitting for a rich couple who live in a house far out by a lake. She spends the whole evening receiving strange phone calls, most of which are just heavy breathing, and only one call that asks if she has checked the children (which, she does, promptly after receiving the call, and they are fine). She investigates and finds a body (her best friend), and then is called by the police (who she contacted earlier about the “prank” calls), who tell her the calls were traced to inside the house. She gets the children (who are still alive), and is then chased around the house by the psycho who is trying to kill them. She is able to fight him off until the police arrive, and they catch him and take him away. The kids are safe and reunited with their parents, and the babysitter lives. Jill’s best friend and the housekeeper, Rosa, are the only casualties (besides the family that is killed in the first 5 minutes). 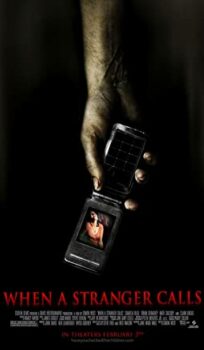