Mr. Luther (Rance Howard) is dying, and his children will be orphans.  They live on an isolated rural farm.  Oldest daughter Devola (Jan Smither) is not that bright, so he makes 14 year old Mary (Julie Gholson) promise to hide his death, so the children will not be separated in foster homes. He also makes her promise to never let Devola marry Mr Pease (Harry Dean Stanton), their landlord. (Devola is 18, Mr Pease in his 30s). The children struggle to survive, and a brutal winter takes its toll.

When Mr Pease becomes ill, his sister shows up, and she is the real owner of the land.  She throws the children off the land, and they are reduced to living in a cave.  Mr Pease recovers, and buys the land from his sister.  He restores the children to their home.  Mary realizes he is not the evil man her father thought.  Mary lets Devola marry him.  Mr Pease takes custody of all the children, so they can remain together. 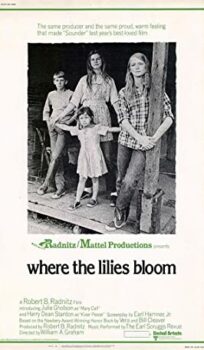