Bliss aka Babe Ruthless (Ellen Page) joins the Austin Texas Roller Derby league, even though she knows that she is underage and that her parents won’t approve.  She loves the sport and is soon one of the best players in the league.  She meets Oliver (Landon Pigg), a musician with whom she has her first serious romantic relationship.  While Oliver is away on tour, Iron Maven (Juliette Lewis) of the opposing team, the Holy Rollers, discovers that Bliss is underage and threatens to tell her teammates.  Everything unravels for Bliss quickly – she confesses to her team, The Hurl Scouts, that she is underage and can’t play anymore because her parents won’t give her permission.  Bliss also suspects that Oliver is being unfaithful to her while he is on the road and her best friend, Pash, is mad at her after having been arrested at one of the games for underage drinking.

Seeing her unhappiness, Bliss’ father overrules her mom’s decision that Bliss must participate in a local beauty pageant and gives Bliss permission to play in the championship game against the Holy Rollers.  Just before the game, Bliss confronts Oliver. He says that he was true to her while he was away but she realizes that she doesn’t want to be one of those girls who stays home wondering what he is doing while out on tour. Bliss and the Hurl Scouts play one of their best games ever but narrowly lose to the Holy Rollers.  The Hurls Scouts still celebrate going from the worst team in the league to one of the best.  Bliss’ family also witnesses the game and express how proud they are of her, even though her mom (Marcia Gay Harden) doesn’t approve of her choices.  Bliss finally finds her true bliss. 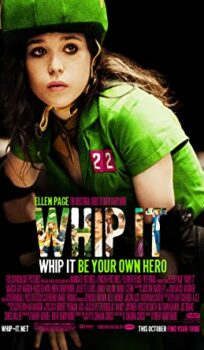