In a “what if” alternate America, the African American community rules the middle and upper class, while white Caucasians are the poor and criminal class. Factory worker Louis Pinnock (John Travolta) is fired from his job at a candy factory due to a huge misunderstanding while delivering a package for the CEO. When attempts to speak to the CEO that indirectly caused his termination, Thaddeus Thomas (Harry Belafonte) fail, Pinnock snaps under the pressure and kidnaps him in order to receive money Thomas owes him for unpaid overtime he had worked in order to prove his worthiness for a promotion.

In his time with Pinnock, Thomas sees how the other half lives, and grows to understand Pinnock. However, after a failed escape attempt, he later falls back into his racist feelings against Pinnock, claiming he did nothing to cause his situation.

Later, Pinnock notices that Thomas has grown sick and drives him to the hospital only for his truck to break down. Knowing an ambulance won’t come his neighborhood, Pinnock fires off his gun to attract the police in order to get Thomas’ help. When Pinnock raises his arms in surrender with the gun still in his hand, the trigger happy police kill him.

The film ends with Thomas visiting Pinnock’s widow Marsha (Kelly Lynch) to give her the money Pinnock wanted. Disgusted and insulted that Thomas would try to cleanse his guilty conscience with blood money (and that he obviously still does not understand the true reason why Pinnock wanted the amount) she refuses it. When Thomas offers her more, Marsha asks him how much does he think is enough for her dead husband and slams the door in his face. Thomas walks back to his car and drives away, apparently having learned nothing. 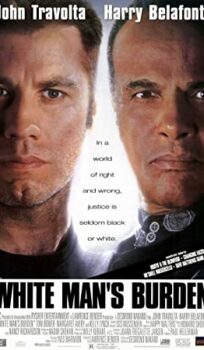