After Sidney (Wesley Snipes) and his family are burgled, he goes to Billy (Woody Harrelson) asking him to participate in another cash-earning basketball game against two legends of the Los Angeles basketball scene, Eddie “The King” Faroo & Duck Johnson (Louis Price & Freeman Williams). Billy runs this by Gloria (Rosie Perez), who had just gotten back together with him and gave him some of her Jeopardy! winnings to buy some new clothes and look for a job, and tells him that if he uses his winnings to enter this match, she will leave him. Billy, though he loves her, sides with Sidney to repay his debt to him. The duo enters the game against Faroo & Johnson, and after a tough game Sidney and Billy emerge victorious, Billy securing the win by making a slam dunk.

When they get back to Gloria & Billy’s apartment, Billy finds out Gloria was true to her word, as she is gone. Billy wonders why he lost the girl despite winning the money and the game, whereas she stayed with him when he lost, but he then remembers what Gloria told him:

The Stucci Brothers (Eloy Casados & Frank Rossi) show up to collect the debt Billy owes them, and he pays them. He then poses for a photo they take of him looking like he was shot and killed by them so they could re-establish their credibility in the eyes of the other mobsters. After they leave, Billy asks Sidney if he could set him up with a real job, and before the closing credits roll Billy starts arguing with Sidney over his dunk and challenges Sidney to a one-on-one game. 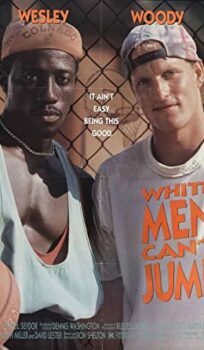