Brian is a young teenage boy with divorced parents. His mother lives somewhere in America, but his father lives in Canada. Brian boards a small, single engine two seater plane to go see his father.

While in the air, the pilot suddenly suffers a massive heart attack and dies immediately. Brian attempts to call for help over the radio, but the signal is far too weak. He flies until he runs out of gas and crashes into a fresh water lake. Brian survives, but all of the emergency supplies and his luggage sinks. Brian is stranded in the forest with nothing but the clothing on him and a small hatchet.

After a day, a search plane flies over his location, but Brian has nothing to signal them with, and it passes by without even noticing Brian.

After a month or so in the wilds, Brian has learned to survive on his own. He can reliably catch fish, start fires and has built a large shelter for himself. He also manages to craft a bow and arrow for himself, which he uses to hunt bird.

After another few days, a large thunderstorm passes over the lake. It destroys his shelter and puts out his fire, but it also managed to bring the tail end of the plane above water level, making it easy for Brian to get inside. He swims in and retrieves the survival pack, which has everything he needed to make survival many times easier – knives, waterproof matches, dehydrated food, first aid kit, a flare gun, a hunting rifle, cooking pots and pans, a survival handbook, and, most importantly, a distress beacon. Brian, not realising what the beacon is, turns it on and just tosses it aside.

Later that day, a man flying a sea plane picks up the distress call, landing and picking Brian up, flying him back to civilization. 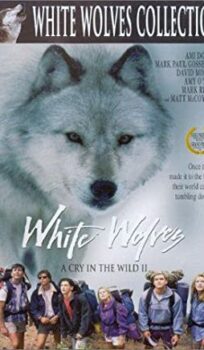