The three geologists who found the downed Russian cargo plane discovered not nuclear material but diamonds. When they had to call for help, Russell Haden (Alex O’Loughlin) and Dr. John Fury (Tom Skerritt) responded. In return, they agreed to split the diamonds five ways. However, Haden got greedy and killed the three geologists and attempts to leave Antartica with the diamonds.

U.S. Marshall Carrie Steko (Kate Beckinsale) and U.N. agent Robert Pryce (Gabriel Macht) stop Haden from escaping by cutting his support line during a whiteout storm. Haden gets knocked out and carried away by the storm to freeze to death. Later, Steko realizes that John was the second accomplice by the stitch work on one of dead geologists. John admits his role, though noting no one was supposed to get hurt. Not wanting to go to prison for the rest of his life yet feeling remorseful for what happened (especially that Carrie lost two fingers to frostbite due to an encounter with Haden), John commits suicide by going out in the middle of the storm without proper gear to freeze.

The film ends six months later with Carrie, Robert and surviving pilot Delfy (Columbus Short) counting the days until they can leave the base. Carrie has tendered her resignation from the U.S. Marshals. 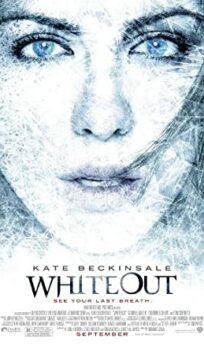