It’s easier to summarize the movie’s ending by breaking down each couple’s story.

Gavin (Malik Yoba) and Patricia (Janet Jackson)
Still suffering from their same problems as depicted from the first movie, Gavin and Patricia, while in the Bahamas, announce to everyone that they are getting a divorce. This upsets Gavin because it was supposed to be private. When they get back home, Dianne becomes Patricia’s attorney and Gavin and her have agreed to split their assets 50/50. Patricia wants to keep everything civil. Gavin agrees to the terms but indicates that there’s an account that she hasn’t disclosed in their agreement. Patricia has a separate bank account that contains all the proceeds from her books, totally over $800,000. Gavin wants that split 50/50 but Patricia argues that Gavin doesn’t deserve anything from that account and will not give in. She says to prepare for a fight. While home together, Gavin starts packing his belongings and starts drinking. He becomes aggressive with Patricia and physically assaults her in her home. Patricia breaks down even more when Gavin burns a baby book full of pictures of their dead son. Patricia screams that it’s the only pictures that they have of him. Gavin leaves.

Days later, Gavin calls Terry and Marcus to come help him move. When they get there, Gavin is out front. When Terry wants him to open the front door, Gavin picks up a plant nearby and throws it through the glass front door. He said that Patricia changed the locks. Terry and Marcus stand there in disbelief. Unsure whether to help him, Gavin insists that they start moving his stuff before Patricia gets home. Gavin stayed across the street and waited for Patricia to leave the house before calling Terry and Marcus. Patricia then appears at the house and flips out. She takes a golf club and starts breaking everything in the house, which is mostly glass. While cursing and yelling, she screams for Gavin to leave and calls him greedy and selfish. Gavin, Terry and Marcus all leave the house. All of the girls, Dianne, Shelia and Angela come to visit Patricia at the house and are shocked to see all the damage. Patricia, who appears to be extremely distraught says she has no more fight in her anymore.

Days later, Patricia, with her confidence back, surprisingly shows up at Gavin’s work with a huge, fake birthday cake and announces to all of his coworkers that it’s Gavin’s birthday, which it’s not. Extremely embarrassed, Gavin insists on Patricia leaving but she starts singing happy birthday and the coworkers join in. When the song ends, a young, black male transvestite pops out of the cake and starts dancing. Gavin and the coworkers are in disbelief and Gavin storms out of the building with Patricia yelling at him. Gavin gets in his car and starts driving away with Patricia still yelling. Gavin, obviously frustrated, blindly runs a stop sign into the intersection outside of his work and gets T-boned by a truck. Patricia and everyone are at the hospital and Patricia, while crying, tells everyone to fix their problems now and do not end up like her and Gavin. She blames herself for Gavin’s accident. A doctor comes and tells them that Gavin is dead. A while later, they hold a memorial service in the Bahamas for Gavin and release floating lanterns. One year later, Patricia is leaving a lecture and is approach by a colleague. She informs Patricia that it may seem forward only being a year since Gavin’s death, but there is a Philanthropist Daniel Franklin (Dwayne “The Rock” Johnson) that is interested in her and is a big fan of her books. Patricia agrees to meet him and the colleague waves him over. A mutual attraction is established and he asks Patricia out for coffee which she accepts. The movie ends.

Terry (Tyler Perry) and Dianne (Sharon Leal)
Terry suspects that Dianne is having an affair because of all the signs: happier and more chipper, sexually more active with him, accidentally utterly the name “Phil” while in bed together, bringing a bouquet of flowers home without the card in the holder and dressing sexier at work. He takes a non-aggressive approach and confronts her about it. She confesses to an emotional affair with another attorney named Phillip who’s from another firm. They worked on a case together, went to dinner and consistently exchange phone calls and emails. She assures Terry that they didn’t do anything sexual and that it was innocent, however, Terry believes that an emotional affair is much more damaging than a physical, sexual affair. Dianne promises Terry that she is breaking everything off with Phillip. After Gavin’s accident, Terry forgives Dianne and they continue their relationship.

Marcus (Michael Jai White) and Angela (Tasha Smith)
Still having trust issues, Marcus makes it worse by having a password on his cell phone and he won’t tell Angela. After getting a new job as a TV announcer, he works long hours and Angela doesn’t believe that he’s at work all the time. To make matters worse, Angela’s neighbor, who sleeps during the day, is having trouble sleeping because of all the sexual noises coming from Angela’s bedroom on Tuesdays and Thursdays at 12noon. After receiving the news from the neighbor about the noises from her bedroom, Angela storms the TV station and interrupts a live broadcast to argue with Marcus. Marcus drags her away and gives Angela his cell phone and tells her that the password has always been her birthday. She leaves the TV station. On a Tuesday at 12noon, she goes to her house while the neighbor is outside and they both can hear all the sexual noises coming from the bedroom. Still assuming it’s Marcus, who should be at work, Angela goes into her house, retrieves a gun from the linen closet and bursts through the door firing the gun into the ceiling above the bed where a man and a woman were having sex. It turns out that it was her gardener and her maid. She screams at both of them and they leave the bedroom, covering themselves up with the bed sheets and comforter. Marcus comes home from work and Angela is angry because his phone has been receiving calls and the other person keeps hanging up when she answers. Marcus tells he that they’re not phone calls, but text messages and he shows her. Angela starts profusely apologizing after seeing that all of the messages are work related. While they are both apologizing to each other and promising to work on their trust, another phone starts vibrating in Marcus’s bag. Angela flips out again that Marcus bought another cell phone and didn’t tell her. After Gavin’s accident, Marcus and Angela promise to continue to work on their relationship.

Troy (Lamman Rucker), Sheila (Jill Scott) and Mike (Richard T. Jones)
Since crashing the Bahamas trip, Mike feels guilty about everything bad he did to Shelia and confesses that he misses her (important for the end). This angers Troy and Shelia which causes fiction between them. Since still not being able to find a job after moving to Atlanta, Troy becomes angry at Shelia when she suggests that they borrow money to help pay for their mortgages. Troy gets angry and blames Shelia for being in that situation since it was her idea to move away from Colorado to be closer to her mom and friends. Shelia does something unexpected and asks Mike to meet her at a restaurant. Mike thinks she’s there to fix their relationship but instead, Shelia asks Mike to do her the favor and put in a good word for Troy with the chief of police whom Troy has been trying to get employed with. Mike is golf buddies with him. Shelia tells Mike that Troy should never know about it. When Sheila gets home, Troy is apologetic and even cooked dinner. He tells Shelia that he finally got the job by receiving an unexpected phone call. Shelia is glad and is secretly pleased that Mike came through with his favor. Days later, Shelia is called to meet Mike again and Mike insists on her staying because he has something important to tell her. He gently grabs her arm and by his look, she knows that it’s serious. Later on when Troy’s shift is over at the police department, another officer congratulates Troy, the rookie, for doing a great job today. The officer also comments that Troy came so highly recommended and now he knows why. Curiously, Troy asks the officer who recommended him. The officer said that it was a golf buddy of the chief, Mike. This severely angers Troy and he asks the officer where Mike lives. Troy goes to Mike’s apartment and bangs on the door. To his surprise, Shelia opens the door. Thinking that Shelia is back with Mike, this causes Troy to blow up and storm into the apartment looking for him. Shelia is pleading with Troy telling him that it’s not what he thinks. Troy finds Mike laying on the couch. Troy grabs him, lifts him up and then punches him, causing Mike to fall on the floor. Shelia is continuing to plead with Troy, finally telling him that Mike has cancer and that Shelia has been taking him to chemotherapy. Troy doesn’t believe any of it and leaves the apartment. Later on while at a bar, all the guys are there and are discussing the women and about Mike’s cancer. They are upset that Mike didn’t tell them about his condition because they thought they were all friends. Mike tells them that he’s going to fight it. Troy walks in and apologizes to Mike for punching him. Mike holds no ill feelings toward Troy and assures him that Shelia is a good woman and would never cheat on him. They finally come to terms and shake hands. After Gavin’s accident, Troy and Shelia comes closer together and continue to work on their relationship. 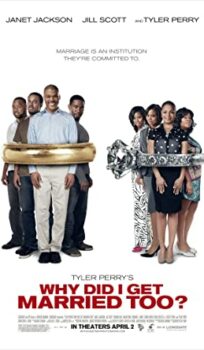