Its revealed during the course of the retreat its revealed that Mike (Richard T. Jones) is cheating on Shelia (Jill Scott) with Trina (Denise Boutte) and wants a divorce leaving Shelia penniless. During all of this its revealed Terry (Tyler Perry) didn’t think his daughter was his leaving Diane (Sharon Leal) heartbroken. Angela (Tasha Smith) actually gave the clap to Marcus (Michael Jai White). Gavin (Molik Yoba) was cried about losing his child to Mike instead of Patricia (Janet Jackson)

In the end: Terry and Diane, Gavin and Patricia reconcile. Marcus somehow managaes to make peace with Angela and Pam (Keesha Sharp). Only Mike is still with Trinia and Shelia is now married to Troy (Lammon Rucker). They all celebrate at Patricia award ceremony. 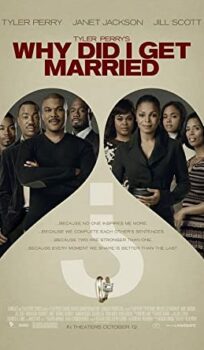