The infamous Winchester mansion is believed by its owner, Sarah Winchester (Helen Mirren), to be haunted by the victims who were killed by the rifles her late husband had manufactured.

Psychologist Dr. Eric Price (Jason Clarke) comes to treat Sarah while her great nephew Henry finds himself possessed by an evil entity. The entity turns out to be a confederate soldier named Benjamin Block, whose brothers were killed by Winchester rifles. While alive, he killed 15 Winchester employees before he himself was shot to death. His spirit haunts the mansion, but Eric is able to get rid of him. This stops the hauntings and also helps Eric rid himself of the guilt from when his own wife died. 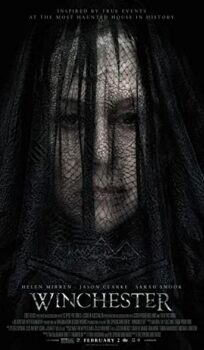